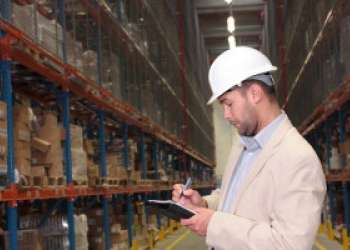 Don’t be fooled by bogus inspectors

The warning followed a complaint by an employer in Howick in the KwaZulu-Natal Midlands. The employer claimed that the man showed up at her workplace to conduct a spot inspection and check on employees. It is believed that the ‘inspector’ claimed things were not in order and requested an amount of money to be deposited into an account.

While inspectors have the power to issue warnings and fines, this complainant became suspicious and contacted the department. Here it was established that the man does not work for the department.

Inspectors of the Department of Labour are mandated to visit sites to do a compliance audit. The inspector can do so by announcing his intention to visit the site but also has the right to do so impromptu. Employers cannot refuse the inspector entry, but the inspector (and his team) will all have to adhere to the health and safety regulations on-site as well as some basic rules.

In most cases an inspection is conducted by just an inspector from the Department of Labour. It is, however, possible that the inspector is accompanied by other professionals when he deems the site to be too complicated or dangerous. Before the inspector and his team have to be granted entry all members of the inspecting team have to identify themselves. They should carry their identity cards, which bear their details and photo and the card produced prior to the inspection. This card contains the reason of the visit as well as the details of the members of the inspecting team.

An easy give-away is also the fact that members of inspection teams often carry their own PPE. They use it day in and day out and want to be able to wear it comfortably. Sometimes the items can be identified as being health and safety items issued by the Department of Labour.

Inspectors of the Department of Labour can visit sites unannounced, but they will never do so unprepared. The inspector normally knows exactly which persons he wants to meet, what documentation he wants to scrutinise and which part of the site he wants to visit. As this can be established immediately upon arrival, employers will be able to find out immediately the legality of the inspection. As inspectors of the Department of Labour are expected to lead by example, one should be rest assured that the inspector will tow the line while going around his duties.

Findings made by the inspector always have to be presented to the employer before action can be taken. Inspectors are allowed to issue fines or to instruct operations being stopped until further notice. They are also allowed to remove items and documentation from site. For any item or document that is removed, the inspector will have to hand over a written confirmation which states a description and general state of the item or document when it was removed. Inspectors are not allowed to issue spot-fines but all fines will be confirmed by the Department in writing. Section 35 of the South African Occupational Health and Safety Act (Act 85 of 1993) explains what employers can do if they want to appeal the decision.

Sections 27 – 35 of the South African Occupational Health and Safety Act (Act 85 of 1993) clearly describes the functions, powers and approach inspectors of the Department of Labour have to adhere too.

The fact that the capacity of the department is currently only 10% of what it is supposed to be, according to international benchmarks, doesn’t mean they neglect their responsibilities. A complaint by an employee or citizen can be enough to spring an investigation or to warrant a site-visit.

Make sure that you are always prepared to welcome inspectors, and know your rights and where you stand. MAKROSAFE Health and Safety consultants visit their clients regularly to ensure sites are compliant to the principles of health and safety. They will always make sure that, when they leave the site, the location will pass any inspection.

For more information and support on COVID-19 please visit www.sacoronavirus.co.za